Y is for Yacht

The letter “Y” is for Yacht. That's right! Can I keep it? Am I off my rocker? After all, we are talking about bankruptcy right? Well, some people, though admittedly not many, have boats, or a yacht, that end up filing a personal bankruptcy.

One of the questions I ask at every consultation is whether or not he or she has any cars, boats, planes, or recreational vehicles. Most, including me at times, think this question is overkill. However, being in Florida, it is not uncommon for debtors to have boats.

The Blog article in the Wall Street Journal reported onSeptember 16, 2010, the following:

Also up for grabs is Berg’s 70-foot Holland yacht, the Screaming Cora, which Berg says is worth $800,000. Sale proceeds will pay off Berg’s creditors, including Sun Trust Bank (owed $797,450 on a boat loan secured by the yacht) and Commerce Bank of Washington (which holds the $4.38 million home mortgage). [emphasis added]

So, yes, there is at least this bankruptcy proceeding that included a yacht. Normally, boats and planes in the name of the debtor are not exempt from the bankruptcy process. The trustee would take the asset and sell it (assuming there is equity in the asset) in order to distribute the proceeds to creditors.  Of course, in that case, the Trustee is thinking of Y as meaning "yield".


So, if you have a yacht, or RV, that you live in, and are curious about whether you will be able to keep the asset after filing bankruptcy, you should consult with a bankruptcy attorney in your area.


Other articles involving the letter Y are: 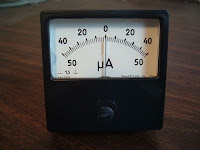 Zero.  When you think of zero, what do you think of?  Is zero a verb, noun, or adjective?

Obviously, the word zero can mean many different things.  However, when one is contemplating bankruptcy, the field of meanings may be narrowed a bit.  It could refer to a zero balance in the bank, or perhaps the amount you are eligible to barrow, or the number of creditors continuing to extend credit.

What one may not think of is zero-rate, referring to a value added tax, or zero-sum whereby gains equal losses. If you were to ask a bankruptcy attorney what zero means, you might find he or she refers to a zero percent plan.

So, what is a zero percent plan? The filing of a Chapter 13 bankruptcy includes something called a Plan.  The Plan, once confirmed, or approved by the Bankruptcy Court, controls many aspects of the case as an agreement between creditors, debtors, and the Trustee assigned to your case.  It will include how much money is to be paid to the bankruptcy estate, how often, and for how long; it also includes how those funds are to be distributed.

While some courts allow such treatment of unsecured creditors, others do not.  If you are contemplating filing such a plan, you should check with a bankruptcy attorney in your area to see if this is permitted within the division you are filing in.

Other attorneys speaking about the Letter Z include:
Caldwell Law, LLC
Posted by J. Dinkins G. Grange at 10:21 PM 1 comment:

Video For Attorneys - Must See 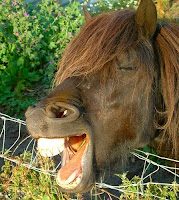 Most bankruptcy continuing education classes list recent cases, including those in which parties to the case may have done something wrong. Of course, some of the information we are inundated with sticks, while other information needs to be reviewed later. I recently ran across an email with a link to a video. It's only about 7 minutes long, and believe its entertainment value exceeds its educational value. The link to the video is http://www.dailymotion.com/video/xmq5n7_vts-01-1_music

Hope you enjoy it. If you run across other bankruptcy, or trustee, videos you consider a “must see”, please mention them in the comment section below.
Posted by J. Dinkins G. Grange at 2:15 PM No comments:

New Forms.  That's right; as of December 1, 2011, Rule 3001(c) requires additional information be included in the filing of a proof of claim. More specifically, if the secured property is the debtor's principal residence, an Official Form must be attached to the Proof Of Claim. Additionally, if the claim includes an escrow account, then an escrow account statement, as of the date of the filing of the petition, must be attached.

A failure to include the information has remedies under 3001(D), which states:

If the holder of a claim fails to provide any information required by this subdivision (c), the court may, after notice and hearing, take either or both of the following actions:
(i) preclude the holder from presenting the omitted information, in any form, as evidence in any contested matter or adversary proceeding in the case, unless the court determines that the failure was substantially justified or is harmless; or
(ii) award other appropriate relief, including reasonable expenses and attorney's fees caused by the failure. [emphasis added]

So, according to the rule, the remedies are at the Court's discretion.

New Rule 3002.1(b) (effective as of December 1, 2011), deals with payment changes on claims that have the debtor's principal residence as a security interest in Chapter 13 cases. The change must be served no later than 21 days before the new payment is due. However, Rule 3002.1(c) requires an itemized notice to be given, within 180 days of incurrence of any postpetition fees, expenses, or charges that the holder of the claim asserts are recoverable from the debtor or against the debtor's principal residence. This might include, for example, inspection fees, late charges, or attorney's fees.

The new official forms for Proof of Claim (B10), Attachment A (B10A), Notice of Mortgage Payment Change (B10S1), and Notice of Post Petition Mortgage Fees, Expenses, and Charges (B10S2), should be used starting today, December 1, 2011.