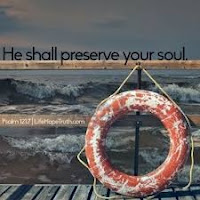 Over the past 15 years or so, people have come into my office to file bankruptcy for many different reasons.  While no 2 bankruptcies are the same, they generally wind up falling into one of two distinctive categories: financial or debt relief, and relief for medical reasons.

While the first of these 2 categories may seem obvious, as that is what is disseminated through the various news agencies, the other is rarely, if ever, mentioned.  Financial or debt relief is obvious, and is centered around the construction, and reconstruction, of the bankruptcy code, its rules, and most case law, while the two are actually inextricably intertwined.  The other being medical, does not appear to have been contemplated  by congress.

There are two forces at work here.  The first is on the debt collection side.  They are either trying to collect on money lent to the debtor, or collecting on moneys owed to the creditor for some other reason, such as a judgment.  The creditor simply wants to be paid moneys owed to them, and when the debt is beyond a debtor's means of being able to pay, the debtor is forced to look at other means of relief, such as bankruptcy.

The other construct being medical, is almost exclusively from the debtor's side.  Collection efforts are initiated with little regard to a particular debtor's circumstances.  A debtor may have medical bills resulting from heart or blood pressure issues, or the debtor may have unresolved mental issues.  The tactics used by debt collectors push people to resort to legal remedies, including bankruptcy, to reduce stress, lower blood pressure, and conform mentally with doctor's recommendations.

According to a paper released by the National Bureau of Economic Research, "economists Will Dobbie and Jae Song examine 500,000 bankruptcy filings in the United States to measure the effect of bankruptcy laws on consumers. They found that the bankruptcy code is an incredibly effective social insurance policy. According to their findings, getting approved for Chapter 13 bankruptcy protection 'increases annual earnings by $5,562, decreases five-year mortality by 1.2 percentage points, and decreases five-year foreclosure rates by 19.1 percentage points.'"


"The paper's authors argue that bankruptcy protection helps workers earn more by removing the disincentive to work resulting from creditors garnishing worker's paychecks. If a person's wages are garnished to the point that it didn't pay to continue working, they often decide to stop working altogether.

The study also found that bankruptcy also helps people live longer, due likely to the fact that dealing with debt problems, rather then letting them fester, significantly reduces stress. Chapter 13 bankruptcy also allows people to stay in their homes because it is designed specifically to allow borrowers to avoid foreclosure."

To read the complete article, see bankruptcy-law-inequality-income
Posted by J. Dinkins G. Grange at 6:49 AM No comments:

Lee Ann Bennett Appointed To Administrative Office of US Courts

Congratulations to Lee Ann Bennett in her appointment by Supreme Court Chief Justice John G. Roberts, Jr. as the new deputy director of the Administrative Office of the U.S. Courts.  Bennett will serve as deputy to AO Director James C. Duff.  On behalf of the bankruptcy attorneys that practice in the Middle District of Florida, Jacksonville Division, we thank her for a job well done, and wish her much success in her new job.